Skip to content
BOOK AN APPOINTMENT. Call us on 02476 559 686 or email info@csfireplaces.co.uk for more information.

So you’re considering to purchase a wood burning stove but are still a little unsure as to how well it will suit your needs. You’ve come to the right place! We’ll explore all the advantages and disadvantages of owning and using a wood burner, learn some basics about their components and usage, and we’ll look at the main qualities of a stove that you should be paying attention to before purchasing one.

What are the advantages of a log burning stove? 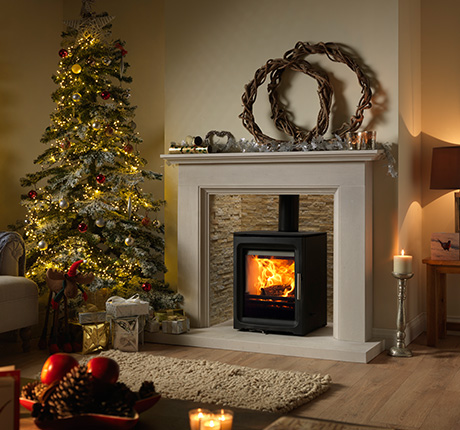 There are many benefits to having a wood burner, most of which are related to their authentic look and feel as compared to other forms of heating. Having actual flames coming out of real logs that not only produce warmth, but also crackling sounds and distinctive smells satisfies so many of our primal instincts.

It is often pointed out by academics how so many of our ancient texts and illustrations contain scenes of people gathering around a fire to rest and interact with each other. There are good evolutionary reasons for this. Some research suggests that the look, feel, sound, and smell of a fire can have positive health benefits, by influencing arterial blood pressure, inducing relaxation and making it easier for people to be sociable. To add to the health benefits, wood burning stoves have been shown to significantly reduce condensation (as opposed to gas fires, for example); this leads to much less household mould which is notorious for exacerbating conditions such as hay fever, asthma and eczema.

Provided you buy your kiln-dried wood in bulk, a log burner can also be more inexpensive, as the running costs are lower compared to most gas and electric heaters. Not to mention that you get a guaranteed form of heat, without being dependent on and affected by unforeseen events such as power cuts.

The main downside of owning and using a wood burner is that it requires far more attention, care, and effort to get the most out of it. So much so, that many people compare it to having a baby. First, depending on the stove and your knowledge of it, you will need to allocate a good half-an-hour to start the fire and bring it to the desired temperature. Then you have to continue to feed it and supply it with more fuel if you want a constant source of heat. Don’t forget having to safely dispose of the ash without making any mess in the room, and setting up the necessary storage space for the large quantity of logs you will need to buy in bulk in order to keep the running costs down.

Do keep in mind, however, that many of these drawbacks can be alleviated in some newer stove models, which are a bit easier to use (some of them even have electronic ignition and can be controlled remotely), and to maintain (through the use of riddling grates which allow you to dispose of ash without making any mess). If it still sounds like it might be too much effort for you, you might want to consider gas fires and stoves, or electric fireplaces and stoves.

Do wood burners pollute the air?

It used to be the case that wood burning stoves and fires contributed to air pollution and were even banned in smoke-controlled areas. The reason for this was that older stove models normally tend to lead to incomplete combustion: the wood gets too little oxygen for combustion and it generates materials which are not fully burnt, namely carbon monoxide and harmful particulates (such as soot and tars).

Thankfully, the newer stove models have combustion chambers which are much more efficient and in which incomplete combustion no longer occurs (with only some non-harmful particulates such as salts and minerals being generated). The way you recognise these more efficient models is by their efficiency rating and DEFRA-approved, Smoke-Exempt and SIA labels.

This mostly impacts retailers, which will be unable to sell non-ecodesign stoves after 2022, but consumers will not be banned from using them; you will still be able to use your log burner if purchased before that date.

However, what you are expected to do as a consumer, is to ensure that the fuel you burn is adequate by only using dried wood — seasoned for at least two years — which has a moisture content below 20% (this can be checked with a moisture meter). This will not only prevent pollution, but it will also provide a higher heat output from your stove, create clean and crisp flames for your viewing pleasure and prolong the life of your flueing system. 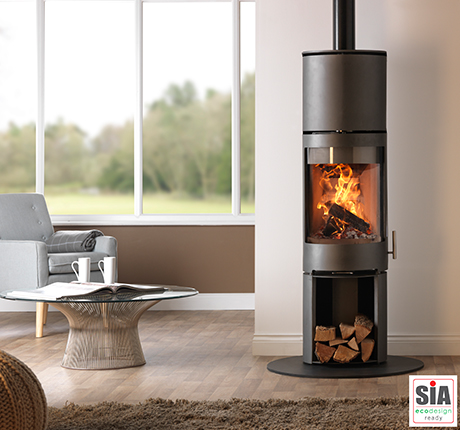 Due to the progress of engineering and recent innovations in the industry, most of the drawbacks of a wood burner have been eradicated. If you are prepared to inconvenience yourself slightly, a log burner can be a serious candidate for an authentic, reliable, affordable, and environmentally-friendly heating solution.

As for the style, there are many different options you can go for, from traditional, to timeless or contemporary, inset or freestanding, large-viewing window, etc. Give our gallery a browse or come into our extensive showroom and see what catches your eye!

You can find out more about which cookies we are using or switch them off in settings.

This website uses cookies so that we can provide you with the best user experience possible. Cookie information is stored in your browser and performs functions such as recognising you when you return to our website and helping our team to understand which sections of the website you find most interesting and useful.

Cookies are also used to improve the website and your browsing experience, to integrate social media and to show you relevant ads that are tailored to your interests. By continuing to use this website or by clicking ‘Accept’, you consent to the use of cookies and the processing of personal data obtained in this way, as specified in our privacy policy.

Strictly Necessary Cookie should be enabled at all times so that we can save your preferences for cookie settings.

If you disable this cookie, we will not be able to save your preferences. This means that every time you visit this website you will need to enable or disable cookies again.

This website uses Google Analytics to collect anonymous information such as the number of visitors to the site, and the most popular pages.

Keeping this cookie enabled helps us to improve our website and provide our customer with a better browsing experience.

Please enable Strictly Necessary Cookies first so that we can save your preferences!